Suitable for Many Domestic Uses

Introducing the orange quilt - now called "Suitable for Many Domestic Uses". Because it is a utility item I think, rather than a show quilt (goodness no!) or a forward-thinking piece of art. It is more cheerful than it should be, considering how glum I was when I put it together. 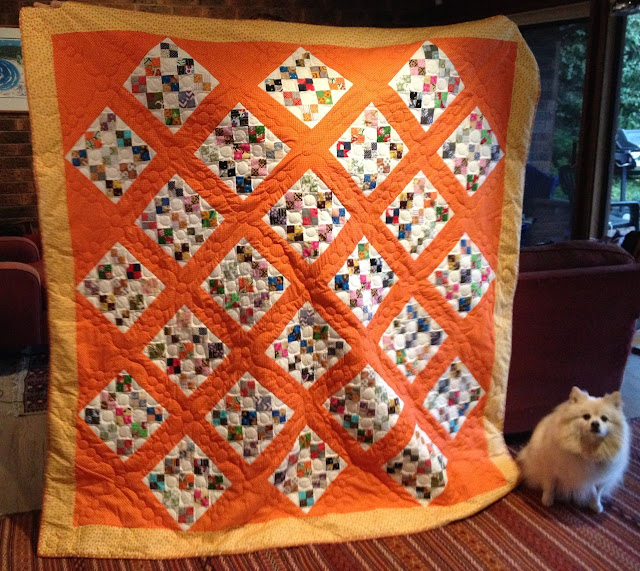 My apologies for the poor photo - it is bucketing down today! And it was raining yesterday too, which is wonderful after a long dry patch. I think we had half of Canberra's average June rainfall yesterday, and it looks like we're getting the other half today. Mind you, Canberra's average rainfall any month is three-fifths of bugger all (I just looked it up, the mean is 37.9 mm, which is not very much). So I had to take the quilt photo with number one son holding it up and he can do a 70 inch quilt now! So big and tall and strong ... although he was whinging that his arms hurt by the end of it. Toughen up son, this is why I had you. 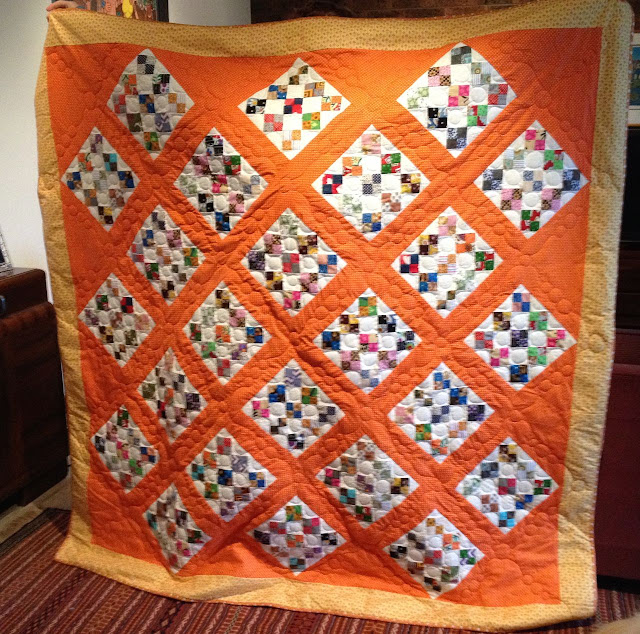 All the on-point blocks made this quilt a bit of a disaster in terms of flatness. The light cream setting triangles of the main blocks all have bias edges because I couldn't be bothered cutting proper triangles and just used strips, then trimmed them off. Much easier to sew but much riskier for proper sizing. I was originally going to quilt straight lines about six inches apart, which is my default when I can't really be bothered, but I got about half way down the first line and it was pulling and distorting really badly. And unfortunately it was very obvious that the squares were no longer on a horizontal line, so I had to unpick that quilting and try something else. 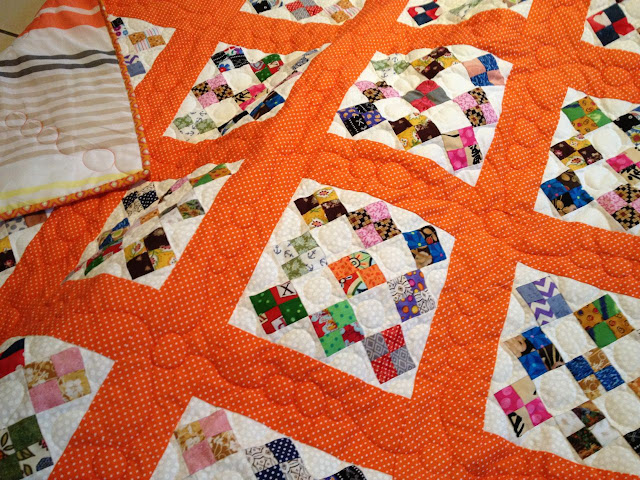 I am pleased with this design - I chose something that had no connection whatever with itself if that makes sense. The cream circles are all done in a continuous line, but there's no quilting on the four-patches so they can bubble up and take up the slack to their heart's content. And then the circles on the orange sashing are connected to each other but not the cream quilting, so again there is heaps of space for bubbles and bouffants and waves and all those other things you must Never Do Ever. And it looks quite cool. 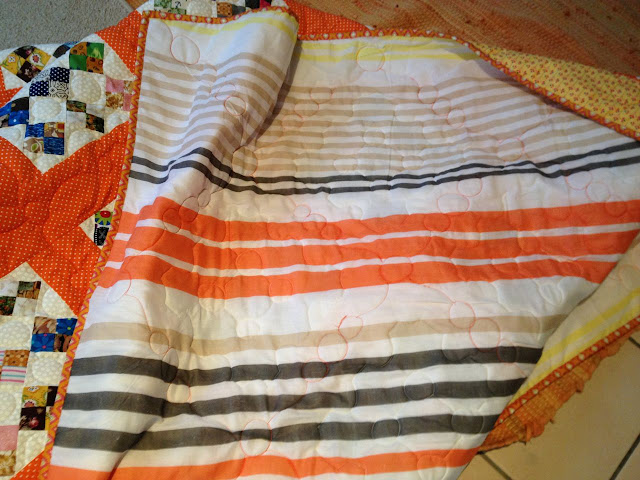 Speaking of things you must never do, the backing is a very cheap and dodgy duvet cover from Spotlight - I think it was $15 for a king size which is ludicrous, and the quality of the fabric is appalling. But it's appalling in the lightweight / open weave cotton way (rather than the dense horrible polyester way), I can get two backings out of it, and I've done this before and they wash perfectly well (at least so far...)
Posted by Lynley at 8:57 AM